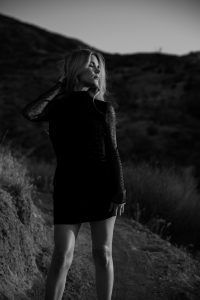 Today we spoke with Brooke Anne Smith about her upcoming role, Playing Lauren Steele – a strong-willed and emotionally complex character in the Psychological Thriller:” Night, Night”. Brooke Anne Smith is an American actress known for her lead series regular role on two seasons of Tyler Perry’s “Too Close to Home” where she played a drug-addicted sexual assault survivor. Night, Night, is a K Factor Films Release directed by the talented Niki Koss who is an award-winning actress and filmmaker. Niki stated “Night, Night” is an incredibly unique film that explores a strong, independent female’s impenetrable will to survive. A one-of-a-kind aesthetic, coupled with a fierce female lead is the formula that I believe makes “Night, Night” so special. And Staring Breanna D’Amico the current Queen of Disney makes her debut as a serious actress who starred in the Descendant’s franchise. “Night, Night” is a female-driven film with a female director, and lead making for an amazing plot filled with twists and turns which will be released in theaters and VOD on November 16th, 2021.

THE TRUTH WILL HAUNT YOU!  After waking up from a horrific car accident, April must find a way to work through her trauma and a will to survive a recovery from hell.

Iesha: First off Happy Belated veterans’ day to your brother

Brooke Anne Smith:  Oh, thank you, my little brother, is in the military, and my Grand Father was a veteran,

Iesha: What drew you to this role?

Brooke Anne Smith:  She is a mother and I kind of get her vibe and stuff, it was a little bit intimidating. But now I’ve played a mom in two other things. So, I’m on a roll now.

Iesha: Awesome. So, when you initially were brought on to the project and you read the script? What was your initial reaction after you read that script for” Night, Night”?

Brooke Anne Smith: So, you know, I read a lot of scripts because I’ve been doing this quite a while and I can usually kind of tell where a script is going and kind of predict it. I’m really good at doing that. And with this script, I didn’t. I couldn’t. I thought I would know what was happening. And then then I did it, and I was like, Wait, what? And so, I didn’t see a lot of things coming, which was fun for me because I’ve kind of seen it all. And with “Night, Night,” you kind of think you know what’s happening and then you don’t at all. So, that really drew me to the script is just how interesting it was. And just obviously Nikki Koss, taking the helm of it. She is such a powerhouse, strong, very determined, very committed like made all her choices, knew what she was doing. She made me feel extremely comfortable because she was so in control of everything, and she just powered through. She even got she got sick while filming and she didn’t let anything stop her. I mean, all kinds of problems ensue like they always do during production, and she just kept putting fires out and kept going. And I think she made such a great film.

Iesha: Yeah, it must suck to get sick while you’re filming a movie or having to direct and all these fires you have to put out.

Brooke Anne Smith: I don’t know how she did it, but you know the show must go on. I found something a while back where it was a huge project with Renee Zellweger, and I ate Chipotle the night before. And so, the first day of filming I was throwing up. I was so sick, and they had to have a guy whose sole job was just being there in between takes for me to throw up. I don’t know how I got through that day because my character was very energetic and bouncing off the walls and very physical. And I’m like, I don’t know how, but that’s just the beauty of it. When you’re when you haven’t had to make a film or a project and you only have so much time, you just push through, and you find a way. And Niki did that and was extremely resilient and didn’t let anything stop her.

Iesha: So, with this movie pushing the debate envelopes a little bit, what conversation do you think or hope that this movie will bring?

Brooke Anne Smith: Oh, that’s a good question. I think that you know. I hope that this movie makes people think about how their actions really affect not just the immediate, but there’s a ripple effect of your choices. And that it kind of makes people up to the fact that it doesn’t just it’s not just you’re in your inner circle that gets affected by the choices that you make, that there’s this ripple effect and it causes damage through and through. And I also think that it opens the debate on, without giving too much away. Emotionally emotional manipulation, lying. You know, all these things that sometimes people do easily that, you know, wreak havoc on people’s lives. I think that also just taking a psychological thriller as Niki did and kind of leveling it up in a different way. She was extremely stylistic with the film. You’ll notice when watching it that colors like yellow or red or blue, and it all is interconnected at all mean something stylistically wise. It’s very interesting the way she did it in kind of vintage and the costumes and even like one of the posters. And so, it’s just a very stylized psychological thriller, which I don’t think happens that much. And Niki, being a female director and Breanna taking the lead as a female as well, it’s I got an extremely strong female kind of production and cast going on. And I think that’s an important message too, because a lot of times psychological thrillers are the man story, or they’re told through those kinds of eyes. And this is all about kind of the female perspective, which I think it’s also a very great new way to tell a story.

Iesha: Definitely. Definitely. So, I have just a couple of more questions. With this being a psychological thriller, as you mentioned before, you know, we can kind of tell that it’s going to keep you on your seat throughout the entire film without giving too much away. What aspect of Lauren’s character did you find yourself relating to the most?

Brooke Anne Smith: For me, I think it’s just the. The devastation of feeling betrayed. You know, we’ve all gone through things in our lives, and when you get hit with that. That truth bomb that you’re not expecting. I think for me, it’s almost therapeutic to have a character like that who’s going through that because you almost as yourself get to kind of morn that a little bit and take the hit. And so, I think with Lauren Steele just having that emotional depth and being able to physicalize and verbalize the hurt that comes from just being betrayed, I think is something that was special for Lauren Steele. And then my character gets involved with Breanna’s character, and that sort of leads her down the ultimate spiral that she’s in. And essentially, I get to the story quite a bit, but it’s hard for me to say more without giving anything away. It’s so hard to talk about my character because it would just give too much of the story away.

Iesha: Definitely. I can’t wait to see it when it comes out on the 16th. With being a diverse cast of talented actors that some of the actors that you’ve mentioned like Brianna. What was something that you learned from the other actors and actresses in the movie, that you think was beneficial or that you could apply to your life?

Brooke Anne Smith: Oh, that’s such a great question, I think. Oh gosh.  I don’t want to give too much away, but there is a certain character in the film that has a little bit of a comedic relief going on, I think that is important in psychological slash horror kind of genres. And I really appreciated his improv and his ease with just kind of being so witty on the spot, like coming up with all these interesting things because I’m an actor who likes my lines. You know, I like to have my lines and then I can improvise from my lines, but I like to have them. And he just kind of was able to riff a lot, and I so appreciated that. I’m like, oh, that’s such a great skill that you can just be funny because being funny is not the easiest thing in the world to do like that. Yeah, I think that improvising a fight scene. It’s a little easier but trying to be funny and not like being obvious that you’re trying to be funny, like not knowing you’re funny is it’s a skill. It’s not an easy thing to do. So, I appreciated that, and I appreciated everybody, you know, all the cast and crew coming together to make a film. You know, it takes a lot of work, and a lot goes into it before I ever get there. So much work has already happened. And Niki’s there, she’s there before everyone and she leaves after everyone because she’s constantly working. So, I think just everybody’s perseverance and kind determination and their resilience and just getting this film made their passion for it, I think was really inspiring.

Iesha: Definitely. I thank you for taking time out of your busy day to speak with us here at Habari Entertainment. It was insightful learning about the movie. I’m excited to watch it, and I think I may just go ahead and preorder that movie. 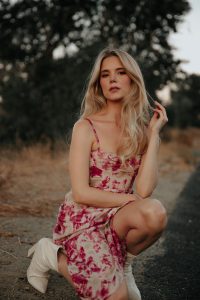 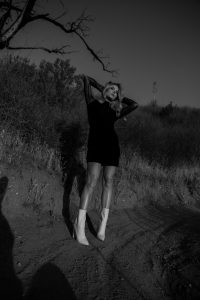 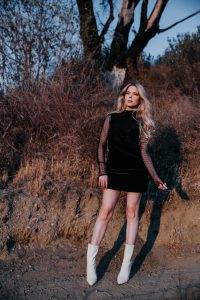