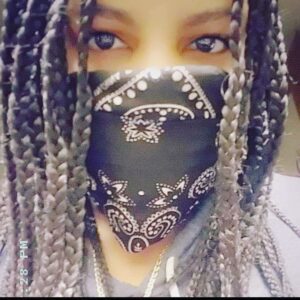 Mercedez  Taylor is definitely the personification of a legend and leader in Music, life, and the entertainment industry. Her passion for music and family comes across in her strength and abilities to overcome obstacles and bring top-notch entertainers to the Phoenix area. The music business can be a tough environment, with a lot of scammers, shady promoters, and many other degenerates. It’s rare in this turbulent business you come across genuine good people. Today we talk to one of the best and most hardworking promoters in the game.  From what I have learned about Mercedez I think about a quote from Harriet Tubman.

“Every great dream begins with a dreamer. Always remember, you have within you the strength, the patience, and the passion to reach for the stars to change the world.”

Trizzy – As a kid what were you into as far as entertainment?

Mercedez – Dancing and singing mostly. I got into the industry at 15 actually. My uncle was a financial backer for shows in Kansas City.

Trizzy – What would you say is the most memorable booking in your career?

Mercedez – New Edition was like our family so for sure New Edition. Outside of people I know personally, my most memorable one would be Patty Labelle. She walked up to me and said you’re that little girl that’s always on that tweeter lol. It made me think of all the things I’ve tweeted. I also did a show with Al Haymon productions early on which was a big deal.

Trizzy – What other genres of music you’ve promoted?

Mercedez – Gospel, RnB, Hip Hop etc. The only one I haven’t touched yet was Rock.

Trizzy – Now, you are Tech N9ne’s sister. I’m a hip-hop guy. So, I wanna ask you if you were active in booking for him during Tech’s early days?

Mercedez – No I wasn’t back then. It was tough for him back then because people couldn’t categorize him because he had weird hair and was talking backward and gang members at the same time so he had a lot going against him. During that time I was already living in California. I was with Roger Troutman around that time.

Mercedez –  Yes, I had just turned 18 when we first met and we got together 3 months later. 3 years later we had our son. Another highlight for me was Working with Michael Concepcion who is one of the originators of the Crips who helped put together the classic west coast unity song, All in the same gang.

Trizzy – As a hip hop person myself, I’ll say that even those of us that don’t know Roger’s legacy, actually love Roger’s legacy due to his style being sampled and used in hip hop so much.

Trizzy – What are you planning on expanding into as far as entertainment once you’re done with show promoting and booking?

Trizzy – This sounds like a recipe for ultimate relaxation and YOU time once you walk away from the game. A lot of folks don’t get to enjoy that so I want to tell you to enjoy the fruits of your labor for sure!

Trizzy – Let’s run down your tenure at Urban AZ.

Mercedez – I’ve been working with Urban AZ with Derek Ware (see insert at bottom of the page.) and his wife Vivian and their son DJ since 2003. They originally started in 1996 and I joined in 03-04.

Trizzy – How do you feel about the legacy of Urban AZ?

Mercedez –  We have done a lot of great things and we will continue to do so as well. When they do these local awards, we aren’t mentioned as much as we should but no one can take away what we’ve done in the game having George Lopez, Cedric the Entertainer, Lil Wayne, 2Chains, Tech n9ne, Bone Thugs in Harmony and so many more legends bless the stage here in Arizona!

I’m gonna leave you all with a Katt Williams story. It was my 40th B-day. We had Young Jeezy come through and Katt Williams stayed after doing a show for us the previous week just for my B-day. Katt had gotten into it with a couple of people that week so Derek was like, don’t invite him to the B-day party. I invited him anyway thinking it would be ok. Katt and the club promoter (who was also invited to celebrate my B-day) got into a fight, it was a mess. Also, Big Syke, another young lady who was part of the Doobie Boys and a couple of other people who were in that fight, are no longer here with us now as well, RIP to all of them.

Trizzy – Kat does be cuttin’ up though.

Mercedez – Yes he does but he will give you the shirt off his back and feed you in a minute. So while I was upset at the fight, I still love Kat for being a real one.

Trizzy – Thank you,  Mercedez for sitting down with us at Habari Media, and may you have continued success.

It was excellent sitting down with Mercedez for this short but sweet interview. After reading up on Urban AZ Events and what they do for the Phoenix community, I have even more respect for them. For example, their Youth Financial Project, which was featured in the AZ informant. They also help local businesses get grants. They have given out groceries to the community giving $100 gift cards to those in need.  I want to thank her again for taking time out of her busy schedule to speak with us, It was definitely an honor and a learning experience speaking with her. Until next time. Trizzy!!!!

Mike Concepcion, – We’re All in the Same Gang – Wikipedia

Urban AZ – you can check their site here https://urbanaz.com/ 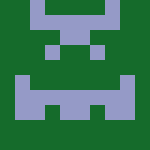