Jonathan Pentland – a U.S. Army Sergeant seen physically assaulting a Black man in a viral video – has been charged with third-degree assault thanks to the Internet. More inside…

Audacity is still seemingly on sale for FREE these days because these racist folks are still out here doing the absolute most. Thankfully, technology is getting them hemmed up.

A white Army sergeant was captured in a viral video physically assaulting and berating a Black man who was simply walking while black.

42-year-old Jonathan Pentland – a U.S. Army sergeant – was seen pushing and berating a Black man – named Deandre – in a South Carolina neighborhood in a video that spread like wildfire. Social media users quickly shared the video on their accounts, asking people to identify the aggressor in the video, and it worked. 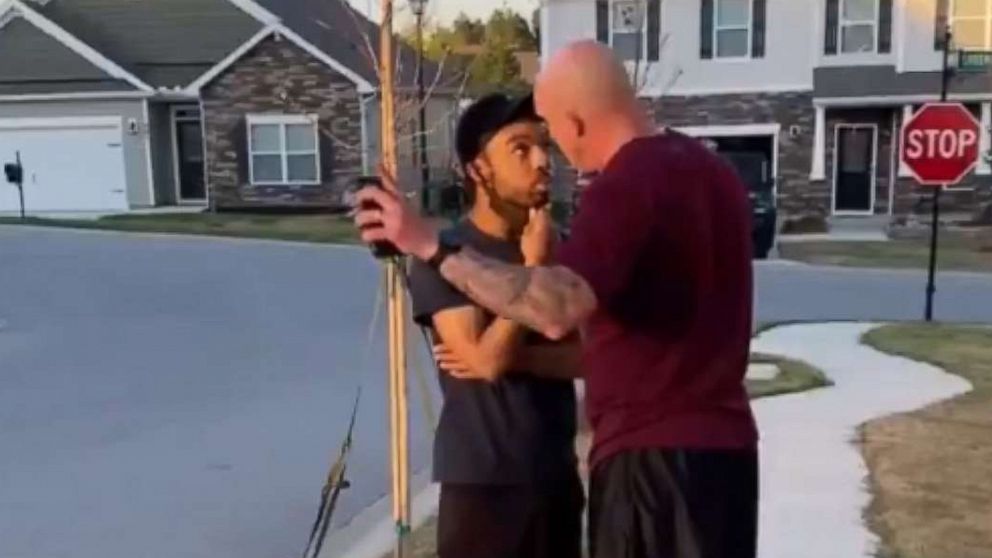 In the clip, Jonathan – an Army solider based at Fort Jackson – asks the Black man what he’s doing in “his” neighborhood, to which the young man responds he’s taking a walk. Jonathan quickly let him know he was in the “wrong neighborhood” and if he didn’t leave, he would personally put him out. Throughout the video, Jonathan is seen getting in Deandre’s face yelling, and at one point, pushing him where he almost fell to the ground. Deandre remained cool the ENTIRE time.

There are some reports this is Deandre’s neighborhood as well, but those are unconfirmed for now.  Either way, the sidewalk is public and anyone is allowed to walk on streets and sidewalks.

The altercation was recorded and then shared by a neighbor – Shirell Johnson – on Facebook. According to her, the incident happened in a subdivision of The Summit, which has a Columbia address but is technically outside the city’s limits.