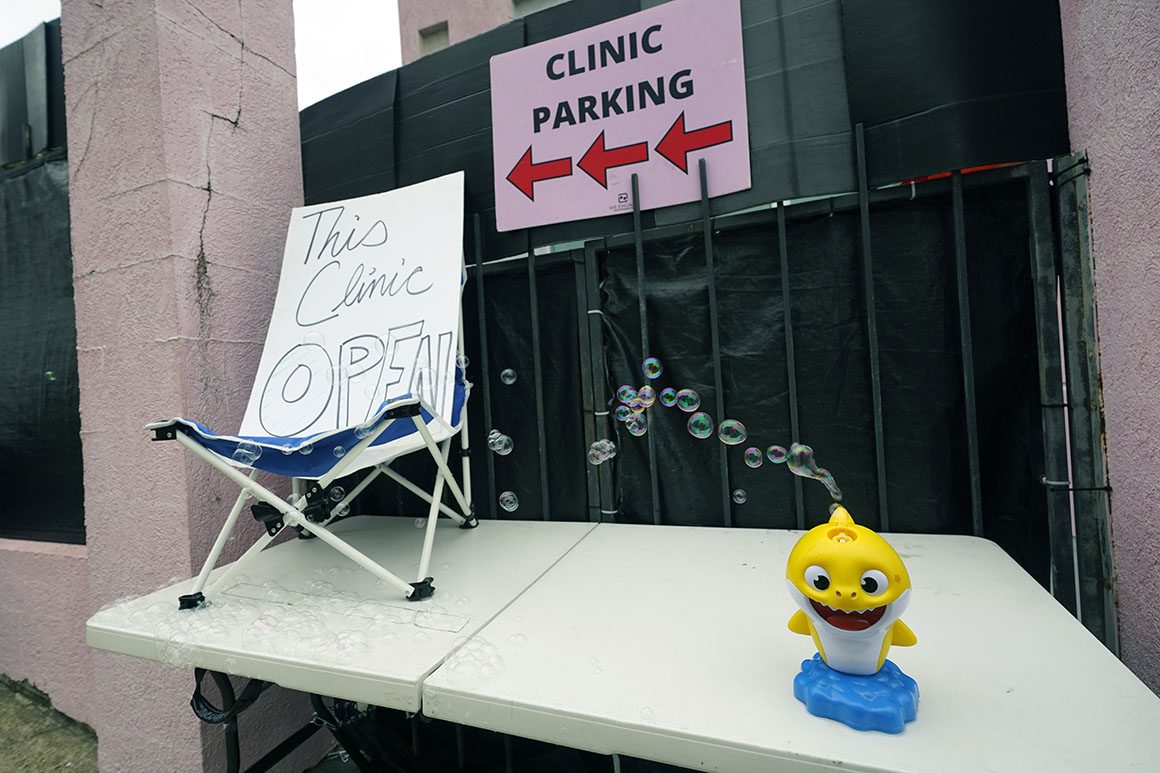 A bubble making device sits adjacent to “this clinic open,” sign at the Jackson Women’s Health Organization clinic in Jackson, Miss., on July 1, 2022. The clinic is the only facility that performs abortions in the state. | Rogelio V. Solis/AP Photo

The update “will take effect in the coming weeks,” Jen Fitzpatrick, a senior vice president at Google, wrote in a blog post.

Additionally, the company will soon add a feature for users to delete multiple menstruation logs at once on Google Fit and Fitbit apps, Fitzpatrick wrote.

Google announced the change one week after the Supreme Court overturned Roe v. Wade, allowing states to ban abortion. More than a dozen states are set to ban the procedure, and these bans may include criminal penalties for abortion providers or patients.

Following the court’s decision, many social media users immediately called for people to delete period-tracking apps, or take other precautions for medical privacy on their phones — though these actions may not be sufficient, according to reporting from the New York Times.

Google will also delete data entries of users who visit counseling centers, fertility centers, addiction treatment facilities, weight loss clinics and plastic surgery clinics, Fitzpatrick wrote. Tracking location history is off by default, and it can be deleted at any time, she added.

Large tech companies have come under increased scrutiny for collecting user data in recent years, and for their influence in politics.

Prior to the court’s decision officially being handed down, one digital surveillance expert told POLITICO he was concerned about surveillance of personal health decisions in a post-Roe world.

“We’re going to see all of the tools that are being developed as a way to optimize our health care now being repurposed into some sort of ‘Handmaid’s Tale’-style tracking device,” Albert Fox Cahn, executive director of the Surveillance Technology Oversignt Project, said at the time.