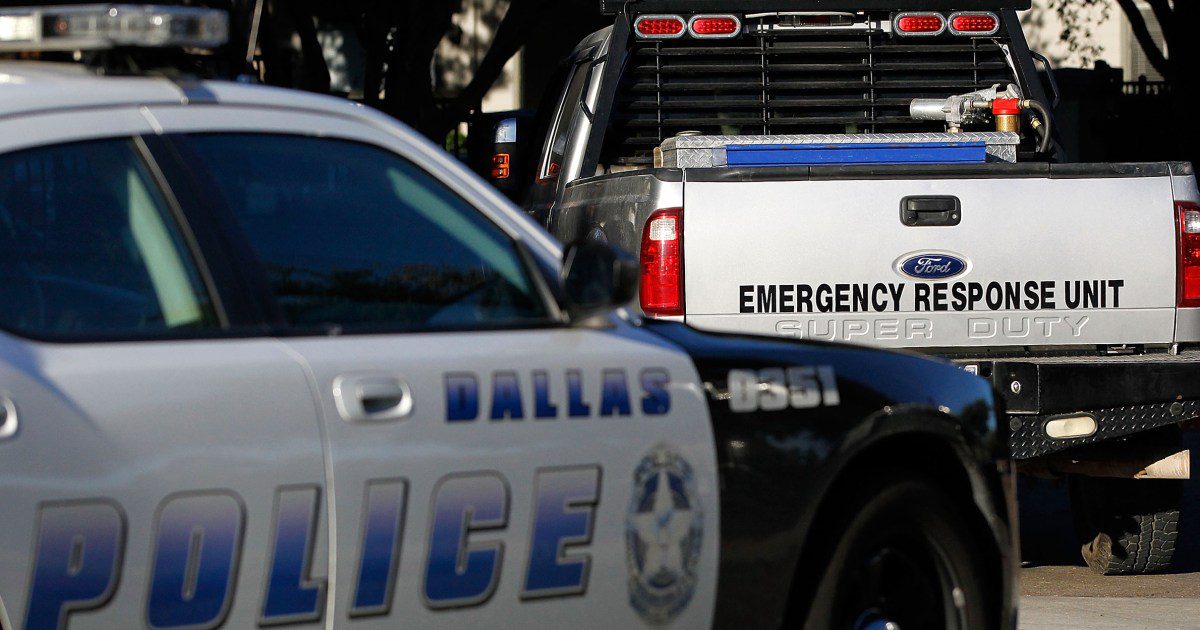 A Texas man who shot a woman in the neck was killed Saturday when the bullet also hit him, police said.

Dallas police responding to a report of a shooting at an apartment building found “a large amount of blood and a blood trail in front of an apartment,” they said in a statement.

Police then got a call from a nearby hospital about a man and woman found outside with gunshot wounds, police said. The pair was in a car outside the hospital.

Investigators believe the man, Byron Redmon, 26, shot the woman in the neck, but the “bullet then exited and hit Redmon in the leg.”

Redmon died at the hospital. The condition of the woman, who has not been identified, is unknown.

Police said an investigation into the incident was ongoing.

Elisha Fieldstadt is a breaking news reporter for NBC News.