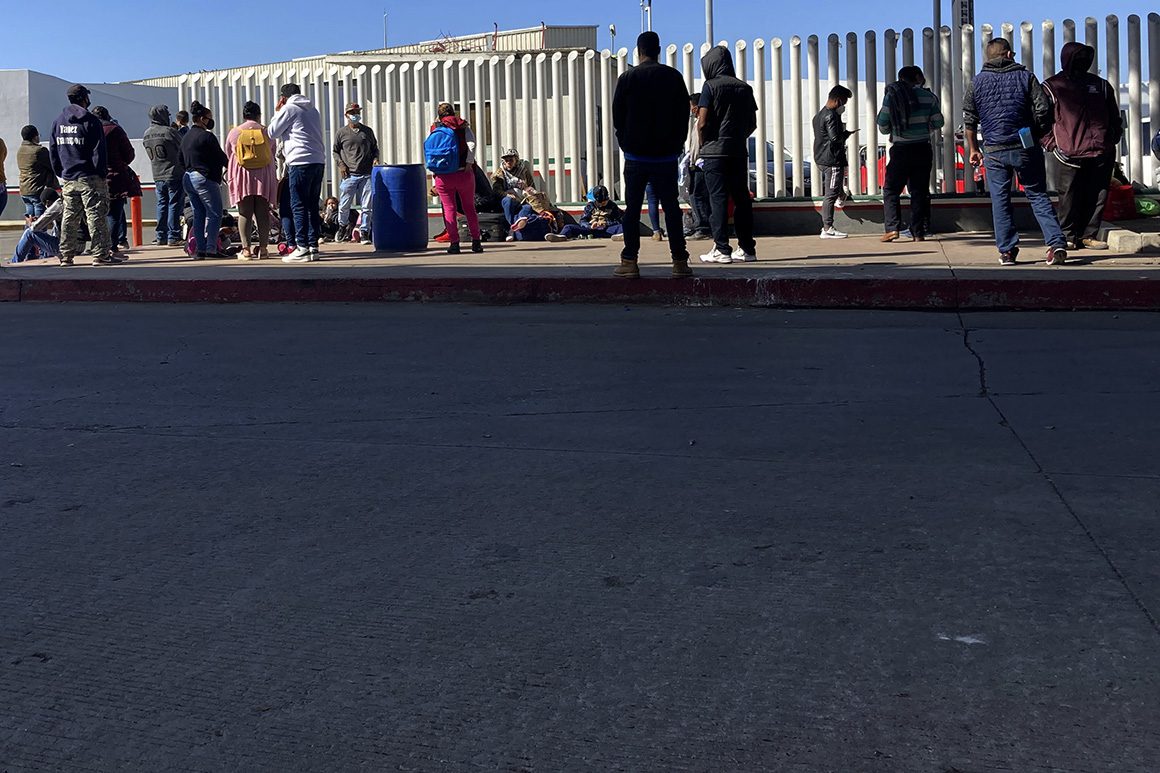 Migrants waiting to cross into the United States wait for news at the border crossing in Tijuana, Mexico. | Elliot Spagat/AP Photo

The Supreme Court has rejected a major challenge to President Joe Biden’s effort to shut down his predecessor’s “Remain in Mexico” program that forced many asylum seekers trying to cross the U.S. border to return to Mexico to await hearings before U.S. immigration judges.

In a 5-4 decision, the justices ruled that federal immigration law does not require the Biden administration to detain all asylum applicants pending rulings on their cases.

Chief Justice John Roberts and Justice Brett Kavanaugh joined the court’s liberal justices in the majority, while the other conservative justices dissented. The decision did not rule out other legal challenges to the Biden administration’s move to wind down the program.