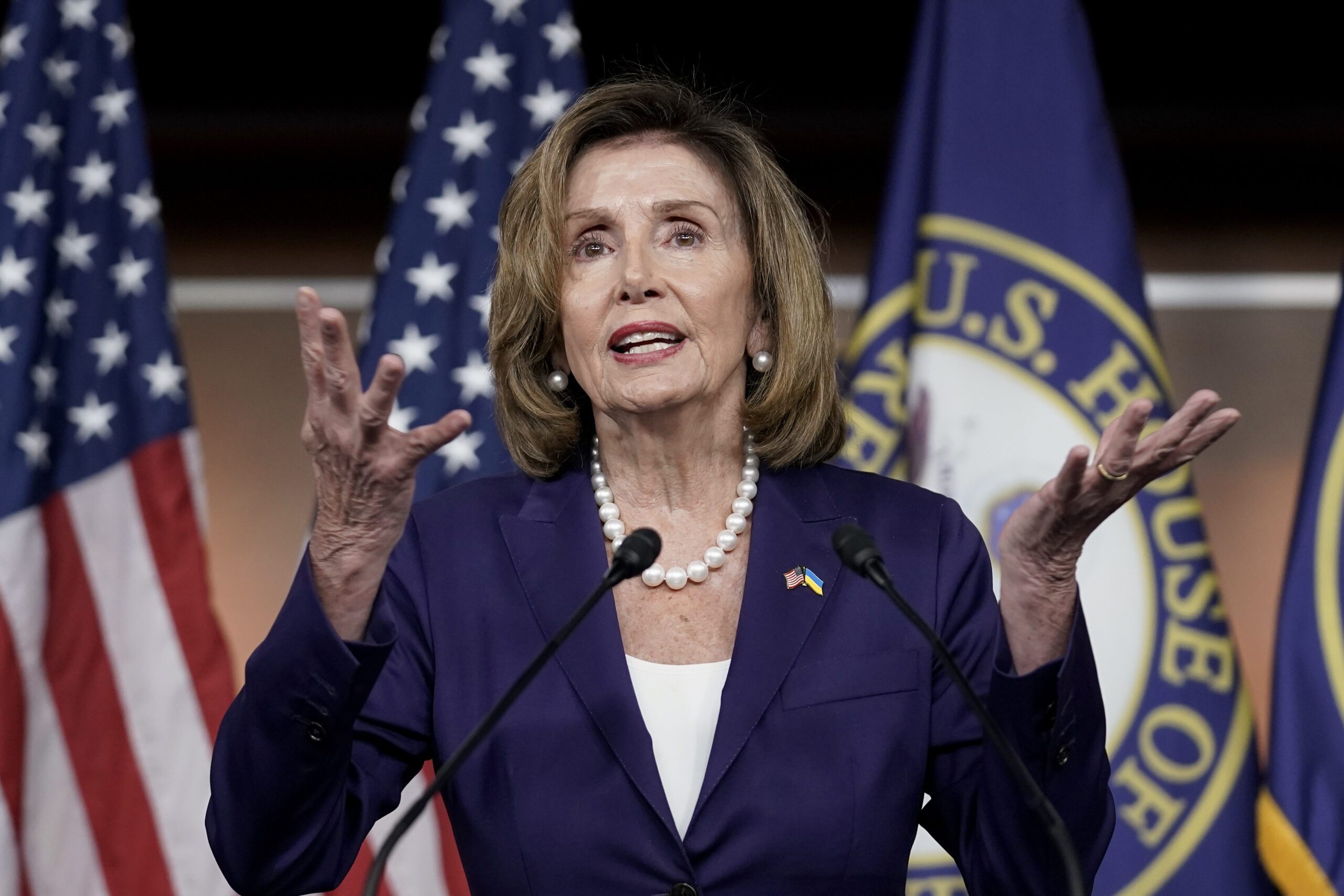 Speaker Nancy Pelosi is scheduled to travel to Taiwan this week, according to a congressional official and a Taiwanese official familiar with the itinerary.

The trip would make her the highest-ranking U.S. official to visit the self-governing island in decades.

Pelosi’s travel plans, which remain officially unconfirmed, have been the subject of bellicose rhetoric from China over the past few weeks — including suggestions that her plane could be shot down.

U.S. officials have concluded in recent days that China’s belligerent threats against the speaker are simply an intimidation tactic, the congressional official said.

A senior U.S. defense official told reporters on Friday that there have been no significant redeployments of American military assets in the region in response to Chinese rhetoric surrounding the speaker’s trip, but several warships are already in the South China and East China Seas.

President Joe Biden’s national security and military advisers had cautioned Pelosi against the visit, POLITICO previously reported, given the heightened tensions between Washington and Beijing. In a phone call last week, Chinese President Xi Jinping warned Biden that, when it comes to Taiwan, “those who play with fire will eventually get burned.”

Beijing views Taiwan as an inseparable part of China and has strongly contested what it views as U.S. interference in domestic affairs.

Meanwhile, in Washington, fears have grown in recent months that Xi plans to invade the island. The U.S. has maintained its so-called “One China” policy and does not have formal diplomatic relations with Taiwan, but has affirmed Taipei’s right to self-defense and has sent billions of dollars worth of weapons to boost its arsenal.

“We look forward to productive meetings that will continue to inform Congress’s work to advance our values and interests and strengthen our partnerships in the region,” Pelosi said in a statement over the weekend.

Her office has declined to confirm her travels to Taiwan, citing security risks for the speaker, who is second in line to the U.S. presidency. POLITICO is withholding the date of Pelosi’s expected arrival.

Over the past few weeks, the clash between Pelosi and the Biden administration over her travel plans has spilled into public view. Biden himself had said the military “thinks it’s not a good idea right now” for Pelosi to travel to the island.

Although Pelosi has declined to address her travel plans, she told reporters on Friday that Congress should play a greater role in advancing Biden’s security goals in the Indo-Pacific, noting that, “We have global responsibilities.”

Pelosi has been among the most consistent China hawks over the last three decades, even taking on her own party when it comes to the threat Beijing poses to U.S. security and economic interests. She has championed human-rights concerns in China, including the genocide of Uyghur Muslims and the crackdown of pro-democracy protesters in Tiananmen Square in 1989.

American and Taiwanese figures have grown bolder about showing their support for the relationship, rankling China in the process. Bi-khim Hsiao, the democratic island’s de facto representative to the U.S., attended Biden’s inauguration. Four months later, U.S. Ambassador to Palau John Hennessey-Niland became the first sitting American envoy to travel to Taiwan since Washington cut formal ties to Taipei in 1979.

And China’s aggression has led current and former officials, including lawmakers from both parties, to push for a wholesale change in America’s posture toward Taiwan, including the scrapping of the so-called “strategic ambiguity” doctrine that has guided U.S. policy toward Taiwan for the past four decades.

Biden himself has on three occasions said the U.S. would come to Taiwan’s defense in case of an invasion attempt by China — seemingly clarifying the ambiguity — but he and his officials continue to insist there has been no change in America’s Taiwan policy.

The Japan-based USS Ronald Reagan aircraft carrier has been patrolling the South China Sea for the past week, and late last month, the destroyer USS Benfold transited the Taiwan Strait three times within a week — a move Beijing blasted as a “provocation” as it considers the narrow waterway between mainland China and Taiwan part of its internal waters.

Paul McLeary contributed to this report.