The upcoming Fantastic Four film has reportedly found its director, as The Direct is reporting that Matt Shakman has been tapped to direct the upcoming superhero film.

Shakman is best known for his directorial work in the television world, having directed the hit Disney+ series WandaVision, as well as various episodes of shows like Game of Thrones, Succession, Mad Men, Six Feet Under, The Boys, House M.D., Fargo, and It’s Always Sunny in Philadelphia.

While the director has mostly worked in the world of TV, Shakman’s next project will be the untitled fourth entry in the rebooted Star Trek films. That film is currently set to debut in 2023, which could allow Shakman to step back into the world of the Marvel Cinematic Universe once that sequel is done.

The move comes following director Jon Watts’ withdrawal from the project earlier this year, with reports at the time noting that Watts — who directed the Spider-Man trilogy for Marvel Studios — simply wanted a break from the world of superhero films.

Marvel Studios’ Fantastic Four was first teased by Kevin Feige during the 2019 San Diego Comic-Con. Spider-Man: No Way Home director Jon Watts was originally slated to direct the project, but decided to drop out in order to take a break from the superhero genre.

Official casting for the film hasn’t been announced yet, but The Office alum John Krasinski recently made his debut as a variant of Reed Richards/Mr. Fantastic in Doctor Strange in the Multiverse of Madness. It’s still unclear whether or not Krasinski would also be reprising the role in the upcoming film. 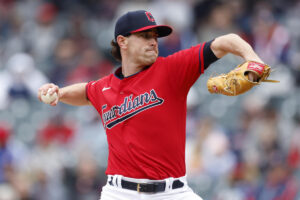