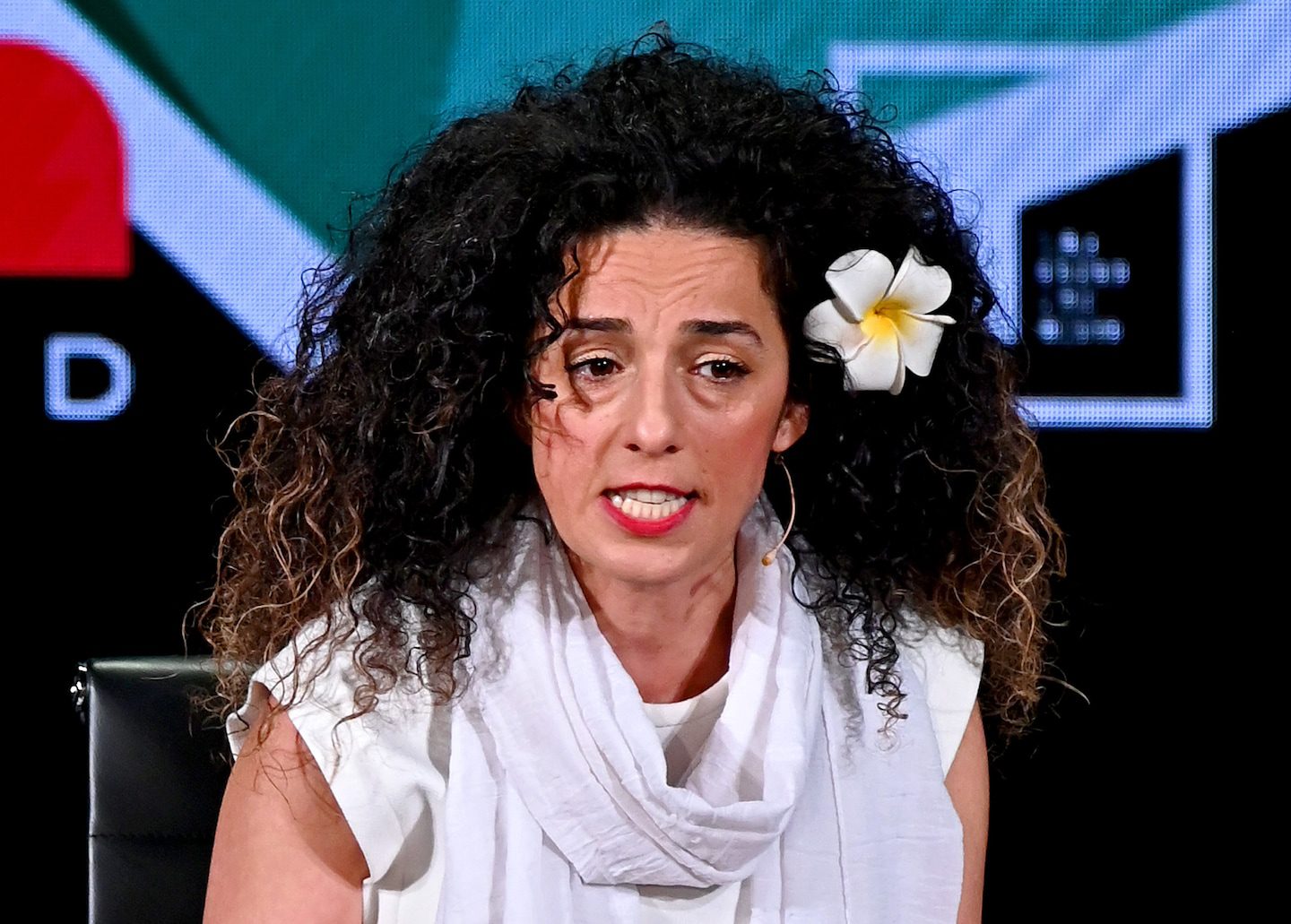 A man has been arrested after he was found with an assault rifle outside the Brooklyn home of an Iranian American journalist who was previously the target of a brazen abduction plot by Iranian intelligence agents, according to court documents and the journalist.

Masih Alinejad, an exiled journalist and women’s rights advocate living in New York, has long been critical of the regime in Tehran. Last year, four Iranians were charged with conspiring to kidnap her and take her to the Middle Eastern country, possibly via a daring maritime mission. (Iranian officials dismissed the allegations at the time as “baseless.”)

Alinejad was not identified by prosecutors, but on Sunday, she said she was the intended target in last week’s incident — posting a video on Twitter that she said showed the man outside her home. The video, in which the weapon was not visible, appeared to have been captured by a doorbell camera.

“Last year the FBI stopped the Islamic Republic from kidnapping me. My crime is giving voice to voiceless people. The US administration must be tough on terror,” she wrote on Twitter.

According to a criminal complaint filed in Federal District Court in Manhattan on Friday, the suspect, Khalid Mehdiyev, was observed by law enforcement officials near a home in Brooklyn on Wednesday and Thursday.

He “behaved suspiciously” during that time, the complaint reads, entering and leaving a gray Subaru Forester SUV several times, ordering food to the vehicle and appearing to attempt to look inside the windows of the house.

New York City police officers arrested him nearby on Thursday afternoon, after he did not stop at a stop sign and was found to be driving without a license.

During a subsequent search of the vehicle, investigators found a loaded AK-47-style assault rifle in a suitcase on the rear seat, the court document shows, along with identification for Mehdiyev showing a home address in Yonkers. The rifle’s serial number appeared to have been destroyed, but markings indicated it was made by Norinco, a Chinese state-owned manufacturer of firearms and military supplies.

According to the criminal complaint, Mehdiyev initially said that he didn’t know about a gun and that the suitcase was not his. He told investigators he had borrowed the vehicle and that he had placed his wallet and other personal effects in the front pocket of the suitcase for “safekeeping.”

During an interview with law enforcement officials, he said that he was in Brooklyn looking for a place to live and that he attempted to open the door of the residence to knock on an inner door to ask whether the residents would rent him a room. He told investigators he changed his mind because he thought he might wake a sleeping or sick occupant, the court document said.

But later, the complaint said, he called the investigators back and told them that the rifle was his and that he had been in Brooklyn because he was looking for someone.

Mehdiyev was charged with one count of possessing a firearm with a destroyed serial number and detained without bond. His attorney, Stephanie Carvlin, did not immediately respond to a request for comment Sunday night.

Several exiled Iranian dissidents have disappeared under mysterious circumstances in recent years, although threats such as those allegedly faced by Alinejad on U.S. soil are especially rare.

Alinejad, a longtime critic of the theocratic government in Tehran, received a human rights award in Geneva in 2015 for creating a Facebook page inviting women in Iran, where hijabs are mandatory, to post pictures of themselves without their headscarves. She is a prominent figure on Farsi-language satellite channels abroad that critically view Iran.

Last month, she wrote in a column for The Washington Post that Instagram restricted her account after a video she shared that was critical of the Iranian government went viral; it was viewed 2.8 million times on Instagram and more than 1 million times on Twitter. An Instagram representative said at the time the restriction was placed “incorrectly because of a technical issue.”

Alinejad tweeted Sunday that she was “shocked to learn that an assassin with a loaded AK-47 came to my home in Brooklyn.” She added: “I’m grateful to federal agents but the Administration must do more to protect US citizens.”