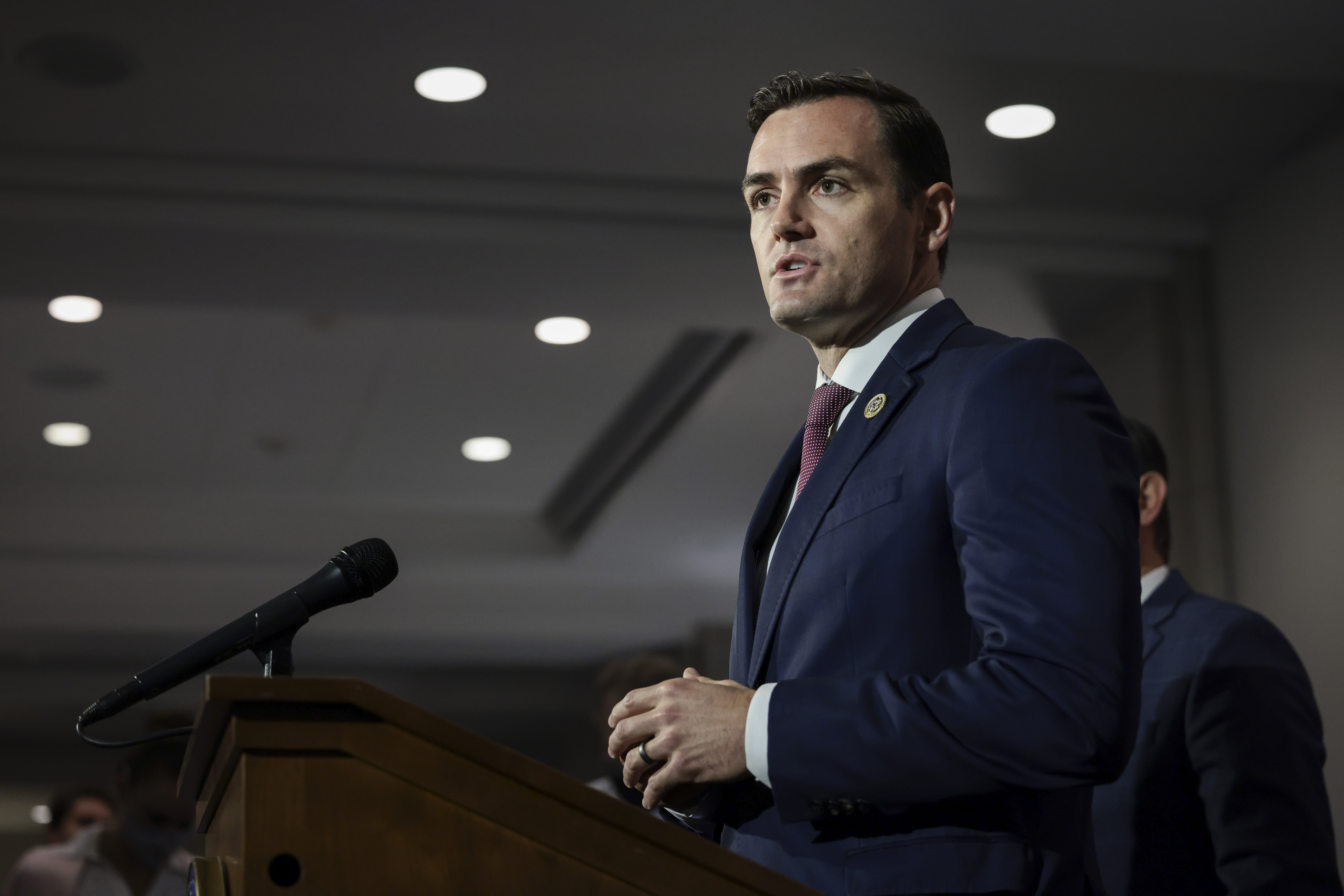 “I believe it’s possible that folks may be precluded from being fully transparent with Congress due to their being bound by non-disclosure agreements,” Rep. Mike Gallagher said. | Anna Moneymaker/Getty Images

The House on Wednesday voted to create a secure government system for reporting UFOs and to compel current and former officials to reveal what they might know about the mysterious phenomena by promising to protect them from reprisal.

The bipartisan amendment to the National Defense Authorization Act, passed by voice vote without debate, is part of an aggressive effort to exert more oversight over an enduring intelligence-gathering challenge that has gained more attention in recent years.

It was proposed by Reps. Mike Gallagher (R-Wis.) and Ruben Gallego (D-Ariz.), who have been among a vocal bipartisan bloc of lawmakers pressing Pentagon and intelligence officials to take the issue more seriously — and to be more transparent with Congress and the American people.

Gallagher couched the effort in national security terms, saying his “primary interest … is to ensure that our military and intelligence community are armed with the best possible information, capital, and scientific resources to defeat our enemies and maintain military and technology superiority.”

But he also wants “to further Congress’ ability to fact gather and further prove or disprove the origin and threat nature of whatever seems to be flying in our skies.”

“I believe it’s possible that folks may be precluded from being fully transparent with Congress due to their being bound by non-disclosure agreements,” Gallagher added in a statement to POLITICO. “If that’s true, I want to make sure that there’s no technical reason preventing them from speaking to us.”

The amendment would require a dedicated internal reporting system for the “immediate sharing” of information related to unidentified aerial phenomena, or UAP, “previously prohibited from reporting under any nondisclosure written or oral agreement” or order.

The measure is aimed at current and former military personnel, government civilians and contractors.

It makes an exception for data that officials conclude reveals objects that might be part of top secret U.S. programs that only very few are privy to, or events “that likely relate to a special access program or compartmented access program.”

The bill would also require the DoD inspector general, one year after final passage, to conduct an independent assessment of compliance with the provision “and efficacy of the system established.”

Following a series of bills, the Pentagon has set up the Airborne Object Identification and Management Synchronization Group to collect and analyze more reports.

But at the first public hearing on UFOs in more than 50 years in May, lawmakers expressed frustration that the Pentagon effort is not robust enough.

Officials have also complained that the national security agencies have more information that is not being reported up the chain, or shared with Congress.

Luis Elizondo, the former Pentagon official who went public in 2017 asserting a lack of concern among top leaders, called the Gallagher-Gallego amendment “one of the greatest efforts in recent history to foster transparency on this topic.”

“This legislation may open the floodgates,” added Elizondo, who is now a consultant to the U.S. Space Command on UAP.

The House is set to continue debating amendments to the defense bill with the aim of passing it by the end of the week. Final legislation will have to be reconciled with the Senate’s version this year.

The Senate has also been exerting greater oversight on the UFO issue. The Senate Intelligence Committee’s version of the fiscal 2023 Intelligence Authorization Act, calls for “enhancing oversight of [intelligence community] and Department of Defense collection and reporting on Unidentified Aerospace-Undersea Phenomena,” the panel said.

Elizondo said he has been briefed by congressional staffers who say similar UFO “amnesty” language is also being drafted in the Senate.