ComingSoon Senior Editor Spencer Legacy spoke to First Love star Hero Fiennes Tiffin about his career and what it was that drew him to First Love. The film is now available in theaters and on-demand.

“First Love follows Jim, a senior in high school experiencing the highs and lows of his first love with Ann as they navigate their pending departure to college,” reads the film’s synopsis. “At the same time, Jim’s parents are dealing with the familial fallout of a financial crisis.”

Spencer Legacy: There’s a lot going on in First Love that makes it stand out from the romance dramas, between with the recession and the parents’ story. What about the script drew you to the project?

Hero Fiennes Tiffin: The script itself was so nice and natural and gentle, but I loved, like you mentioned, the jumping between and the kind of mirroring the worlds of love and intense love in a relationship and how you nurture it at the start and how you nurture it years and years and years on with Jim’s parents. And I think to tell a romance story in that nature doesn’t happen too often.

Specifically, I’ve been aware after doing the After franchise, that if I were to do another romance, I’d quite like the character to be quite different and the story to be quite different. And it was exactly that. I mentioned in the previous interview that I was reluctant to do another romance so soon after, and after speaking to A.J. [Edwards, writer and director of First Love] and his confidence in the project and confidence in me and confidence in me playing the character is what drew me to it.

Was that chemistry between you and Sydney [Park, co-star of First Love] natural or did it take time to get to know each other before you could portray that?

Me and Sydney just get on really well. She is so positive. She just feels like she’s done this a million times and she’s ready to have fun while she works. And she’s always singing, dancing, and being bubbly. And then suddenly, we have to do a dramatic, intense scene and she’s just right into it. So yeah, her constantly positive, confident nature, just seethed into everyone else, including me.

Is there a message that you hope people kind of take away from First Love?

I think there’s probably quite a few, but specifically from Jim’s point of view, I think being patient and aware that things come and things go and things change and to never … it’s tough with first love, and I mean that not in terms of the film, but just in terms of the statement, your first love is such an intense … just feels like the end of the world, if it doesn’t work out. And I feel like an important lesson to take from this is whether it does or doesn’t, that was meant to be

You did a great American accent in the movie. I didn’t know that that wasn’t your natural accent at first. So did that take a lot of practice or was that natural to do?

Can I tell you how nice that is for me to hear from you? Because I’ve done so many auditions with American accents, and I feel like I’m confident in it and I can do it. And the night before this, I had a great dialect coach called Joy, but because of the nature of films, when you take one, you’re working on another. Sometimes you don’t have as much time as you’d like with a dialect coach and to practice the accent.

And I did a fair bit, and on the night before I called Joy and I said “I’m really nervous. Can I recite a couple lines to you?” And I did. And she said “Hero, that was not your best performance, but it’s because you’re in your head, I’ve heard you say these a million times, you’ve got this, relax.” And it was definitely something, for me, that was a big challenge and something I was apprehensive about. So thank you so much for saying that, Spencer, I appreciate that, man.

How different was acting in First Love to After, because they’re both romances, like you said, but they’re definitely not the same tonally. Was it difficult to adjust to that?

I mean, it came with its challenges, just because with After, I feel like now I walk in and put this suit on again. I know this guy through and through, I know this world, and it’s kind of easier to slip back into. So it was a bit of a challenge at the start, but it was also the reason I was so compelled to the piece, was telling myself if I’m going to do another romance, it makes sense for it to be the other side of that coin. And as you said, different tonally and I think it really is. And again, it was a little bit of a challenge, but definitely that challenge is what attracted me to doing the role.

Even just the characters of Jim and Hardin are so different. Do you prefer one type to the other or is it a fun challenge to go between them?

Having said that, there are times when I would’ve liked Jim to lash out like Hardin does, and there’s definitely times where I like Hardin to be a bit more composed like Jim is. So yeah, definitely pros and cons, pros and cons. I think I love jumping back and forth. Probably very later on in life, I’ll finally figure out who I’m best [at] playing.

And you’ve some audiobooks too, both as Hardin and as a narrator. How different is acting on camera to acting with just your voice?

Completely different. But I feel like other actors might say it should be the same, like you should approach it in the same way. But I think I take a slightly more logical, methodical approach. And I definitely do put more of my focus into my voice rather than my being. And it’s kind of more difficult and easier in different ways, because it’s a bit less natural and you have less to feed off, because you’re not visually in the environment. But then you have fewer tools to work with, because you can’t convey emotion with physicality and stuff. So yeah, it’s definitely, again, something that I love to jump between and keep challenging myself on. But I do prefer to use my whole body and physical form as well. But I love doing an audiobook here and there.

I’ve heard that you want to do more crime genres. What about that genre draws you to it?

I don’t really know, you know? I don’t know. I actually try and explain, try and delve into this. I don’t know why I love … I think I just love watching. I’m finally watching The Wire. I used to watch episodes with my brother where he was, and it’s just the gritty nature and that you don’t know who’s going to get it. No one’s safe. This cat and mouse with police or criminals. And I think it’s just limitless setting for great entertainment. I guess essentially, my most honest answer is it’s what I love to watch. I always find this question difficult to delve into, but that’s just one of my favorite genres. I think it’s just the intensity. You’re always going to get a chase. It’s always high stakes. So yeah. Do love a crime drama.

You have over 7.5 million Instagram followers, how does that kind of support inform your work?

Honestly, and I have to say specifically because so many of them come from the After fanbase, I feel ridiculously blessed and grateful to have a fanbase and support system that kind of allow me the confidence and freedom to go and try any genre. And if it flops, I know that love might not last forever, but I have so much confidence in going into whatever type of movie genre I want, because I just … and I really hope I never take this for granted, but I’m so lucky to have a fanbase that did come from After that does follow me through whatever else I do.

And it really gives you the confidence to go. Like I can do whatever I want, in terms of what movie do you take, because these people will support you in it. And then naturally, they’ll hopefully be honest with their response and then guide you to a place of doing good work that the audience and the people really love. But I could sit here for hours and say how grateful I am, because it really allows me to keep doing this and talk to you and have this incredible job. I’m eternally grateful to those fans. I need more ways of saying thank you because they have given so much to me.

Your second major movie role was young Tom Riddle in Harry Potter and the Half-Blood Prince. What was it like to be in such a huge franchise so early in your career?

I think, secretly, it was so good for me because, for me, the stakes weren’t high — I was doing it for days off school. I mean, don’t get me wrong. I love Harry Potter, it was one of the first things I saw in the theater, and one of the first things you go, “oh, there’s another one. There’s another Harry Potter. When does the new one come out?” And you really follow it. And everyone becomes fans. And to be a part of it was a big deal.

But then once I was there, Michael Gambon, between takes, talking about his new Audi RA and just having fun, David Yates is just an incredible people person. And even at that age, I felt like he was on my level, just talking to me as a friend, it didn’t feel at all overwhelming or like I had to get it right. And I think that led me on to be in a position, when I was doing auditions or other roles, to not put so much pressure on myself. So I think to do something so big at such a young age, before I realized how important and how much pressure there was and how high the stakes are … I think that really set me up well to be a bit more confident and comfortable and relaxed moving forward.

You’re a huge football guy. Would you be open to portraying a football player in a movie?

I would pay a studio to let me play a footballer in the film. So, yeah, just wait on that. I just also feel like with something that’s so close to my heart, and the idea that in reality, not enough soccer or football films get made for you to be in loads … you don’t want to waste a token on it, essentially. So I’m aware that, because of how much I love to play that character, I’m aware that the role in the project has to be perfect, but I’m sure it will be. Watch out for that. I don’t know when it will come, but bro, like I said, I will pay to be a part of a film like that. 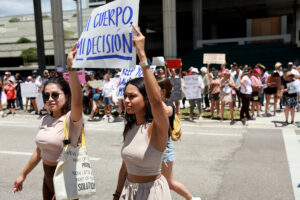