Danilo Gallinari is likely to miss the familiarity stage of the Boston Celtics in the upcoming 2022-22 season.

As revealed by Sportando, various Italian press has reported that Gallinari won’t be available in the Celtics’ late September training camp, wherein the veteran forward will be shelved for at least two months to recover his left knee.

This given timeline suggests that Gallinari could even miss Boston’s season opener against the Philadelphia 76ers on Oct. 18.

This injury ultimately ruled him out in participating for the Italian national basketball team this upcoming 2022 EuroBasket.

Gallinari headed to Beantown following his release from the San Antonio Spurs. Inking a two-year, $13.3MM contract, the 34-year-old vet is expected to provide more depth and offensive firepower off the bench for the reigning East champs. 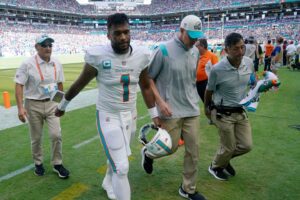