California has been preparing for this moment for months.

The Golden State, along with a number of Democratic strongholds, has been working to shore up its abortion protections in anticipation of the Supreme Court’s ruling on Friday to strike down the landmark Roe v. Wade decision.

But no other state has created such a comprehensive strategy — a legislative bill package with more than a dozen proposals, new funding to expand abortion access and a proposed November ballot measure that would enshrine the right to abortion in the state constitution.

“ABORTION STAYS LEGAL IN CA,” Democratic Gov. Gavin Newsom tweeted Friday morning, lamenting that “This is not the America we know.”

The Supreme Court decision, on a 5-4 vote, clears the way for more than half the states in the country to swiftly ban the procedure, a move that puts great pressure on states where abortion will still be legal. California wants to be an abortion haven for pregnant people living under new laws hostile to abortion.

A restrictive Texas abortion law prompted Newsom last fall to establish a council on the future of abortion. The group drafted a list of recommendations that turned into the long list of abortion-related bills introduced in the California Legislature this year. But it was only until after POLITICO’s reporting of an early majority draft opinion that lawmakers proposed amending the state constitution to explicitly protect the right to abortion, as well as contraception.

Senate Constitutional Amendment 10, which is on track to be placed on the November ballot in the coming days, would ask voters to change the California Constitution to declare that “the state shall not deny or interfere with an individual’s reproductive freedom in their most intimate decisions, which includes their fundamental right to choose to have an abortion and their fundamental right to choose or refuse contraceptives.”

Other proposals moving through the Legislature include measures to protect clinicians, patients and residents from out-of-state laws that threaten to impose criminal penalties or take away their licenses, and to offer financial help to people coming from other states for abortion-related services. Some of the bills would take effect immediately if signed into law.

Newsom has also proposed the state spend $125 million to help clinics throughout the state prepare for an expected surge in patients from states hostile to abortion seeking care. Additional funding for some of the Legislature’s proposals may end up in the final state budget by month’s end.

“We hold that Roe and Casey must be overruled,” Justice Samuel Alito wrote in the majority opinion, referring to Planned Parenthood v. Casey, the case that barred states from banning abortion before the point of fetal viability. “The Constitution makes no reference to abortion, and no such right is implicitly protected by any constitutional provision. This Court cannot bring about the permanent resolution of a rancorous national controversy simply by dictating a settlement and telling the people to move on.”

Jodi Hicks, president of Planned Parenthood affiliates of California, called the decision “a stain in our nation’s history book.”

“To people across the country living in a state hostile to abortion: California is here for you,” Hicks said in a statement. “We will not turn people away, and we will find a way to support you so that you can get the care you need.” 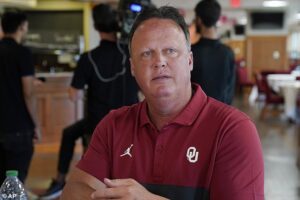