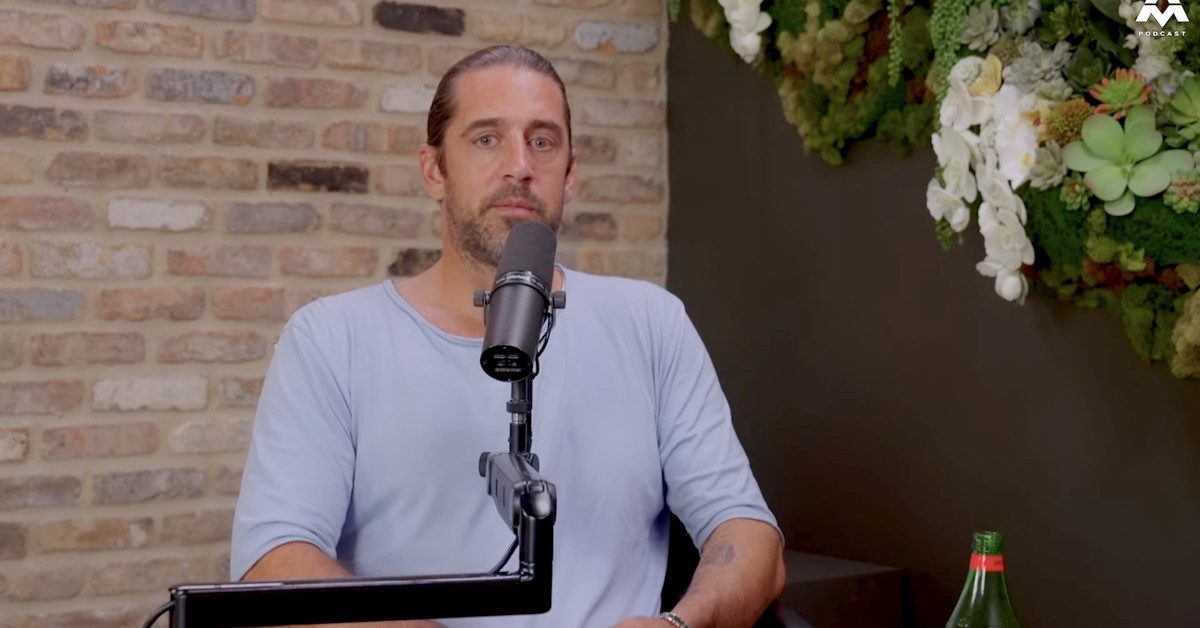 Aaron Rodgers is might be the greatest quarterback of all-time, but he’s made himself look like an absolute fool every time he’s opened his mouth over the last two-plus years. Rodgers is the guy who intentionally misled the media over his vaccination status, spread disinformation about Covid, constantly talked on national media about being the victim of cancel culture, and for some reason told the whole world he likes to put oil in his butt. It goes without saying that it’s important to have a healthy amount of skepticism every time he speaks into a microphone.

Rodgers did another interview this week, and talked about how he had arguably the two best seasons of his career in his late ‘30s. Rodgers said the secret to his success a psychedelic experience with the ayahuasca plant that led to him having back-to-back MVP seasons in 2020 and 2021.

Rodgers appeared on the Aubrey Marcus podcast and talked about his experience with psychedelics, from taking magic mushrooms on the beach with his friends (which Rodgers called one of the best days of his life) to his experience ingesting ayahuasca. Here’s a clip from the interview:

Rodgers talks about going to Machu Picchu with ex-girlfriend Danica Patrick just before the start of the pandemic. After climbing the mountain, Rodgers took ayahuasca and had a powerful psychedelic experience.

Rodgers talked about how psychedelics helped his mental health:

We talk so much about mental health. Marshawn Lynch had a classic retirement press conference talking about taking care of your mentals. We talk so much about mental health, and to me one of the core tenants of your mental health is self love. That’s what ayahuasca did for me. It helped me see how to unconditionally love myself. It’s only in that unconditional self love that I’m truly able to unconditionally love others. What better way to work on my mental health than to have an experience like that. The greatest gift I can give my teammates is to show up and be someone who can model unconditional love to them. Obviously it’s important I play well and show up and lead all that stuff. But they won’t care about what you say until they know how much you care.

Rodgers said taking ayahuasca felt like having “100 different hands on my body.” The side effects of taking it include losing control of your bowels and throwing up everywhere, which Marcus said is not inaccurate. If you are an Aaron Rodgers hater, at least that’s a happy visual.

While Rodgers spews a lot of garbage, having a psychedelic experience in an attempt to improve one’s mental health is one of the more reasonable things he’s said in recent years. He might need to have another mind-altering trip this year without Davante Adams around. For as helpful as psychedelics can be some people, throwing passes to arguably the best wide receiver in the league is a little more practical if you’re an NFL quarterback.